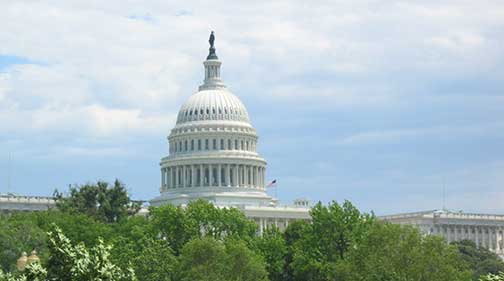 Gun control is one of the most hotly debated topics in politics right now, both at the state and national levels.  Because it concerns the tools that many of us use in our sport it is something that interests and can affect us as hunters .   The US House of Representatives recently passed H.R. 8, a bill that would expand the requirement of a criminal background check to all firearm purchases.  Currently background checks are only required on guns sold by  licensed federal firearm dealers and private individuals do not need to do a National  Instant Criminal Background Check System (NICS)  on the purchaser to legally  sell a gun.  The intent of H.R. 8 is to prevent dangerous individuals from having access to firearms.  To determine how effective H.R. 8 might be one needs to understand the  National  Instant Criminal Background Check  System.   Established in 1998 and administered by the FBI, NICS requires a person to answer a series of questions about felony convictions, drug use, mental illness and several other qualifiers prior to being allowed to purchase a gun.  Their information is cross checked against the national database and if the applicant has no history in the database the transaction can proceed.

The current system has been plagued with numerous problems which allow people that shouldn’t pass NICS to still buy a gun.  The primary reason for this is that agencies fail to provide NCIS with necessary records or what is provided is incorrect.  The Justice Department claims that millions of records have not been submitted by the states to the FBI.  This has allowed several of the recent mass murders (Sutherland Springs, Texas and Charleston, South Carolina) to buy their murder weapons even though they underwent a NICS .  There are other problems as well.  People will lie when filling out the form (a 10 year felony) and in 2017 this was done by 112,000 people.  Only 12 of these cases were ever prosecuted.  The licensed Federal Firearms Dealers, who by law must do a NICS before they can make a sale,  often don’t obey the rules either.  Enforcement of the rules is sporadic and it is rare for a dealer to lose their license because of bad or nonexistent records.  Finally,  H.R. 8 allows for a number of exceptions where a NICS is not required by law.  These include sales between close relatives, from police or active military personnel and loans for hunting, target shooting or in cases where a gun is necessary to prevent death or bodily harm.

The concept of requiring a NICS for almost everyone to buy a gun has been tried at the state level  in several places.  One study showed however that after California enacted this type of law that there was no change in firearm related homicides or suicides.  When Indiana and Tennessee repealed their expanded background check laws there was no change in these rates there either.  A Johns Hopkins researcher found that comprehensive background checks in urban counties were actually associated with an increase in firearm homicides though the author cautioned that the new law was probably not the cause because the homicide rates were already rising at that time.

Given that the current background check system has so many flaws it is not surprising that this new bill has little chance of ever making it through the Senate or being signed into law by the President.  The members of Congress who voted for H.R. 8 probably knew this so it’s reasonable to assume that their intent was not to create legislation that would improve public safety as they claim.

If keeping guns out of the hands of people that should not have them was their goal they could have  passed legislation that forced agencies to keep the NICS database accurate and up to date.  Enforcement of our current laws would have stopped individuals from falsifying documents to pass a NICS.   Congress could also have added  language to H.R. 8 that requires the FBI to notify local law enforcement  if a convicted felon fails a NICS in their area.  That might have actually done something to keep guns out of the hands of dangerous individuals.  By not taking a few simple steps our current Congress showed that improving public safety was not their goal.  Bowing to public pressure and the media may be a good move politically but it doesn’t solve problems.

The current motivation for more and stricter gun control laws stem from several recent mass shootings.   The tragedy that left 26 dead at the Sutherland Springs Church in Texas is a perfect example of the broken NICS system.  The shooter, Devin Patrick Kelly, was convicted of domestic assault in a military court in 2012 but the Air Force never sent the information that would have prevented him from passing a NICS to the FBI.  Kelly also lied on the NICS form about his prior conviction and made multiple credible threats both verbally and on social media that should have made the authorities aware of his intent.

As hunters and responsible gun owners we can agree that the members of Congress who voted for passage of H.R. 8 need to be watched very closely.  We need to make our voices heard and the message should be that we don’t want our Second Amendment  Rights tampered with so that lawmakers can appease a segment of the public .  It’s a never ending battle so please support the NRA, SCI and like minded organizations.